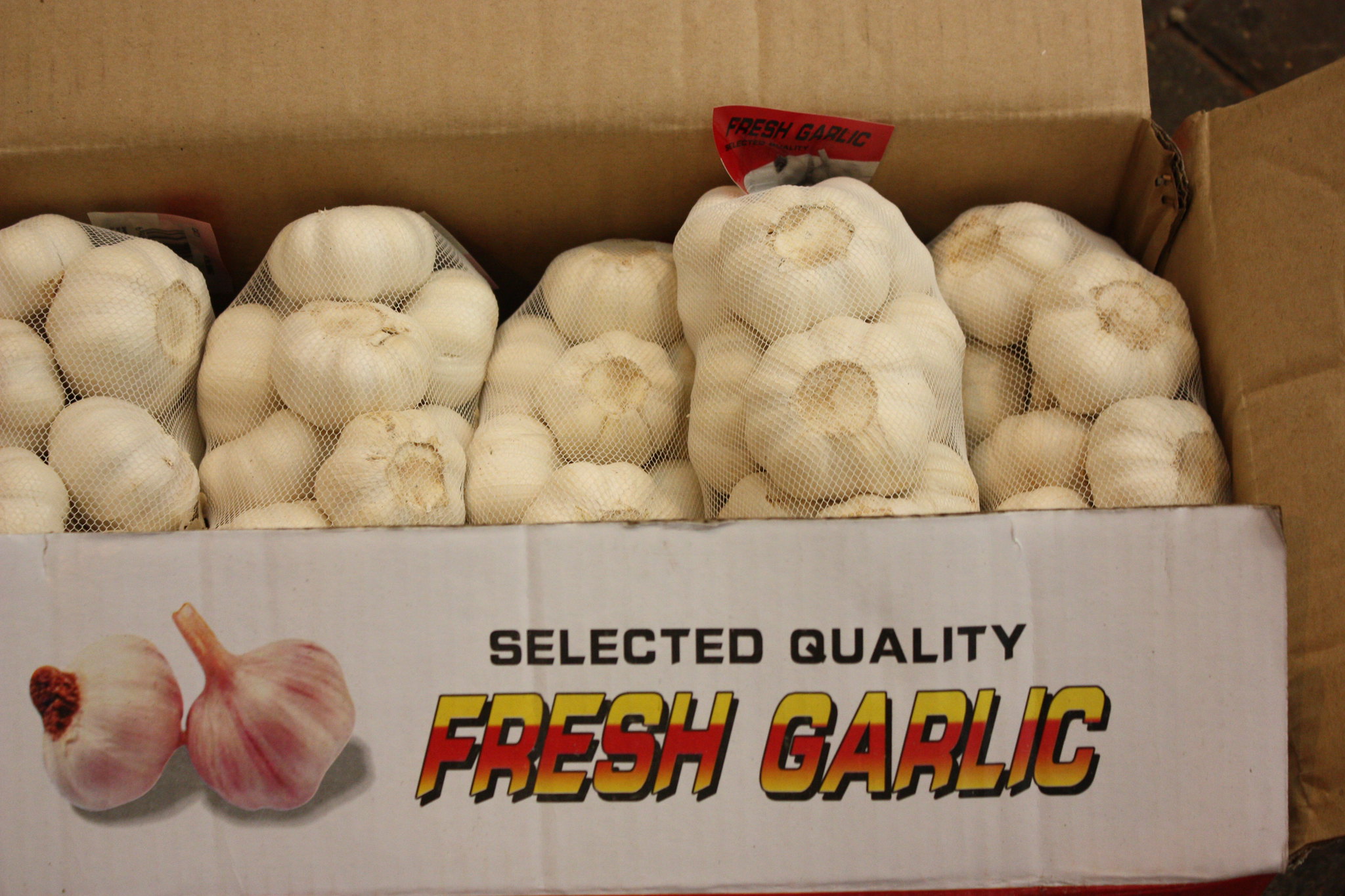 No one grows more garlic than China, which exports twice as much of the edible bulb as the rest world combined. Suppliers there begin putting garlic in cold storage in September to prevent garlic bulbs from germinating, preserving them for sales into the winter and spring months.

While in cold storage, garlic is usually kept between 27° to 32° Fahrenheit (or -3° to 0° Celcius) to prevent germination.

Autumn is also when new garlic is planted for the following year, and it is during this critical time of year that prices can fluctuate based on a number of factors. Throw in a global pandemic, and it can make for quite a wild ride.

This year, Chinese garlic prices remained stable from the beginning of the fresh garlic season in May through September. When traders started selling their supply of cold storage garlic in mid-September, prices began to fall for the next few weeks, according to a report by FreshPlaza.com.

Then when it became clear in mid-October that the farm area devoted to next year’s garlic crop had declined by 10 percent, garlic prices began to rise. Suppliers selling their cold storage stock started holding back their garlic, hoping for higher prices if the trend continued, and the price has been rising steadily for the last couple weeks.

“The product quality of Chinese garlic is high and the price is generally low in comparison with garlic from other countries,” a second report from FreshPlaza.com reported. “Overseas demand for Chinese garlic remains strong. That is why specialists expect the price to continue to rise in the near future.”

But various parts of the world are experiencing a surge in COVID-19 cases, resulting in the temporary closure of restaurants. This could slow demand for garlic and cause the price to drop once again, both reports noted, although experts seem to agree that any disruption to Chinese garlic exports would be minimal.

Both reports mentioned Europe specifically as a market of some concern undergoing coronvirus-related lockdowns. Europe imports $506 million of the $2.21 billion of the world’s garlic exports, or about 23 percent, according to the Observatory of Economic Complexity, or OEC. The United States, by contrast, imports just 7 percent.

China exports $1.48 billion in garlic throughout the world, accounting for more than two-thirds of all shipments. Much of the product is also consumed domestically with garlic being an essential ingredient in the Chinese kitchen.